Nearly a kilometer ahead I could barely make out the figure of my fellow guide Jenny, trying hopelessly to slow down the eager children, who just couldn’t understand that wasting their energy on this first ascent was a grave decision.

It’s been months since I’ve decided to start more actively participating in mountain tours and general mountaineering, even though I rarely have an entire day off to afford doing so. None the less I attend as menu educational events as I can, listen to every piece of advice, and overall feel relatively confident in my knowledge. Now I need some quality hands-on experience, and the time to explore the local mountains, as the knowledge of their many widing paths is even more important. 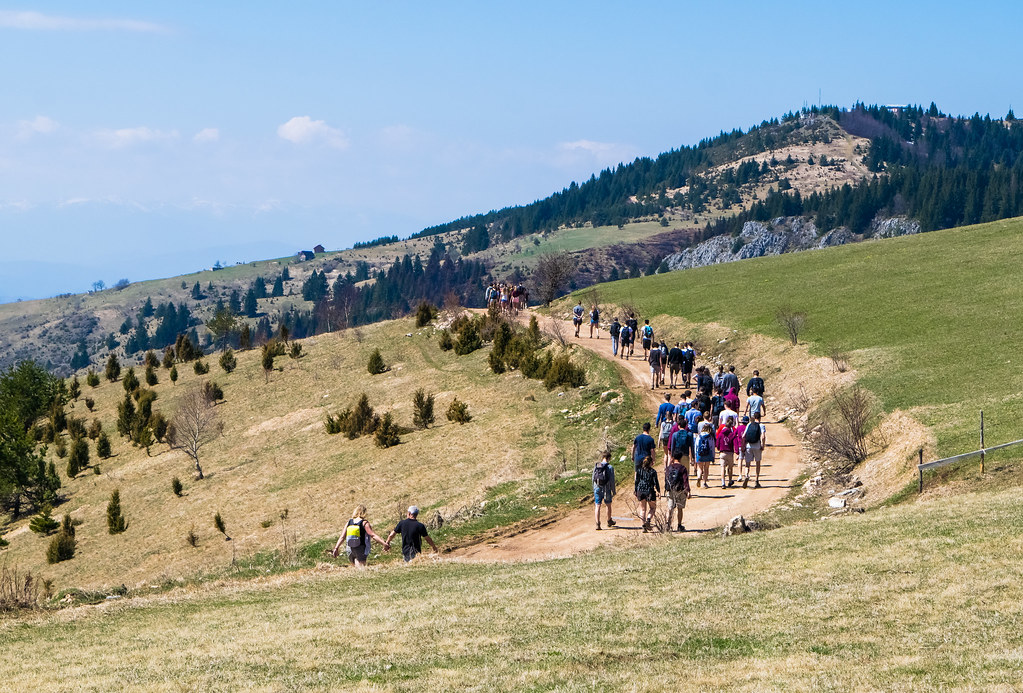 A small stretch of road, with a wonderful view on both sides.

90 is just a number. Until you see that many highschoolers pouring out of a double-decker bus and two additional minibuses.  All of a sudden its a multitude of lives that you are responsible for, for the rest of the day, between you and one more guide. Trust isn’t a concept here, it’s a very practical application of knowing your life is in someone’s hands, and even worse other people’s life is in yours. That’s mountaineering.

Here we were, hiking up the hot asfalt road, something the buses should have done had that been arranged propperly, but the double-decker wouldn’t make it up these narrow winding roads, and so we went on foot. As always, the column of almost a hundred hikers quickly split in the groups – the runner-awayers, the mediocres, and the can’t-keep-upers. Jenny was at the head leading the way, as she knew it better than I did, and I was on the tail, making sure the several older professors don’t get left behind, hoping I don’t get lost myself. 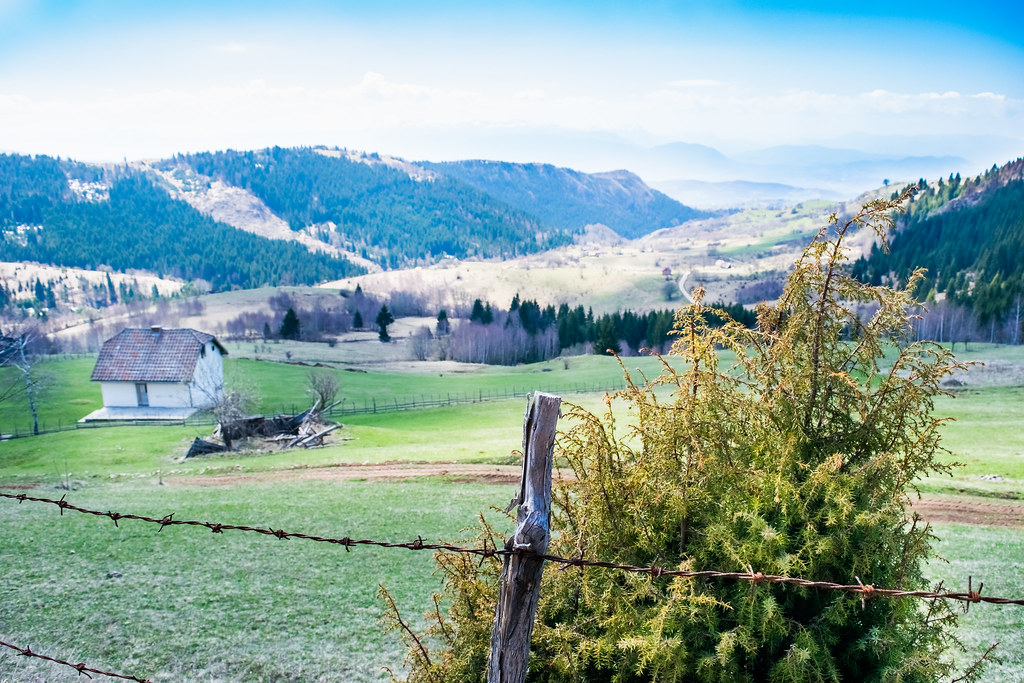 Every half hours or so we’d stop to regroup, catch our breaths (in the name of the Belgian teens who’ve barely seen a hill in their country), and refill on water where we could.

Looking back, it was pretty uneventful. But at the moment it was hard to relax, just considering all the things that could go wrong that I’d be responsible for. Maybe it’s just rookie paranoia, or maybe that’s what every guide feels when they are responsible for the lives and safety of others.

The road took us up to a forest, past cozy mountain cabins, lush fields of grass and flowers, more forest, patches of snow, dirt roads, rocky bits and, above all, beautiful views. After reaching the highest point, things go easier and the tail of the column could more easily keep up with the main body.

The Xiaomi Yi I’ve recently had the honor of borrowing from a friend was a trusty companion. Honestly at the time of writing this I haven’t even seen the footage, but the vlog will be out soon. Stay tuned. 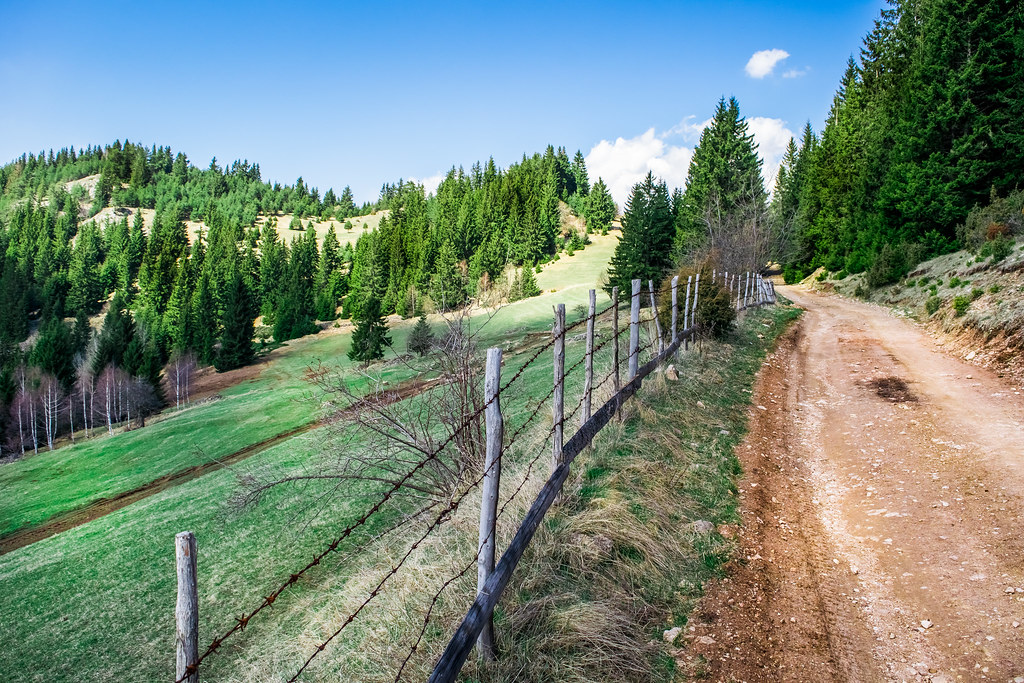 Roads and hills and forests. Why am I in the city at all?

The lunch break was situated by the source of a lovely stream, with dozens of little streams joining splitting and rejoining, then splitting again, created a wonderful web of grass and water. I wish I had the time to take photos for my recently inactive instagram, but lunch was short and we were off to our final destination, where I had no time to take pictures either. Quite sad, frankly.

Nearly a hundred meters above me the lively creek was abruptly disturbed by the rugged cliff, forcing the water to fall rapidly into the abyss, much of which faded into the air along the way, creating a much needed cool and humid air for us weary mountaineers. Skakavac. The tallest waterfall in Europe. Question mark. So it has been said, although it’s barely a waterfall, since it’s more of a floating mist, considering how small the stream is. 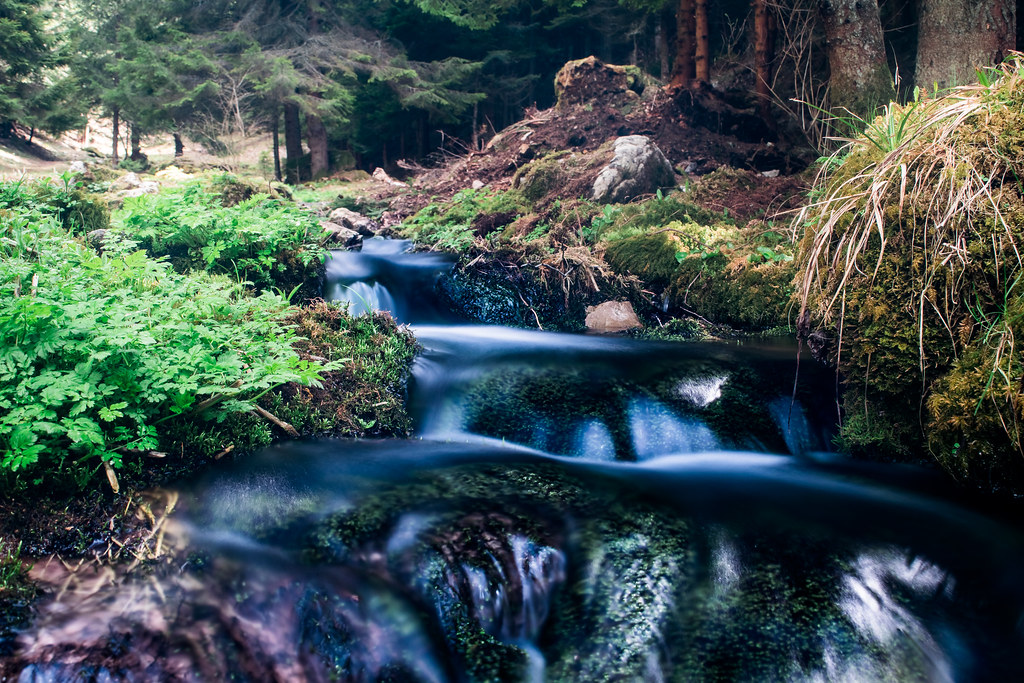 Part of the creek source.

Across the wobbly, slipper plank we crossed, and then continued through the ups and downs of the path, for over and hour, until we came out of the forest onto the final stretch of road, which would take us to the final bus stop.

Uneventful as this hike may have been, it’s an even worth marking, as my first professional tour. Hopefully the first of many.

Small break, and off we go.