A rugged cliff of sharp rocks on one side, and a deadly abyss on the other forced me to carefully consider every step as I slowly climbed the face of a very unforgiving mountain.

6am found me sleepily donning my hiking gear and stumbling down the stairs, hoping trams would be working that early. Luckily they were. The 18 of us gathered in front of the Museum, as we usually do, threw our backpacks in the back of the large van, and snuggled inside for the short ride. The day was promising, no clouds, little wind, and high spirits. 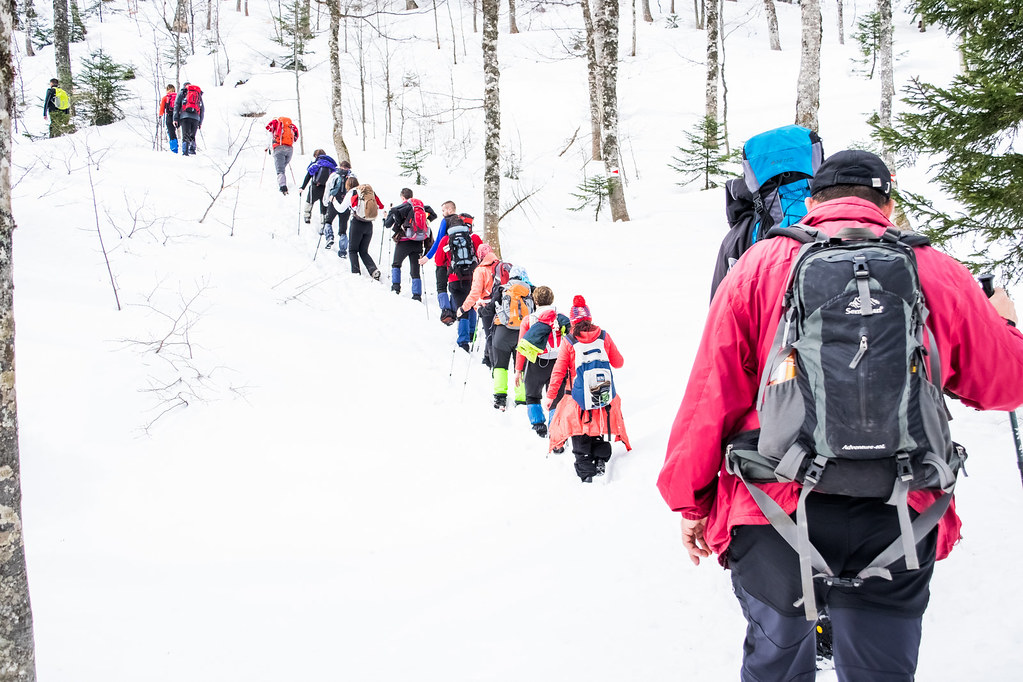 Our column, under the watchful eye of the guide.

Within the hour we were at our departure point, lining up for a short briefing by our guides, and shortly on our way towards the foot of Bjelasnica. It was an easy start, moderate incline through the forest, I could easily run back and forth along the column, snapping shots of people as they walked by, my trusty 50mm f1.4 creating the beautiful portraits it always does. But after the first half hour the terrain changed, with a denser forest, steeper incline and more boulders on the path, and I was forced to join the column and take on a slower pace to not wear myself out too early. The snow levels also started rising, footprints became deeper, and every now and then someone would need help getting pulled out of the now thigh-deep snow. 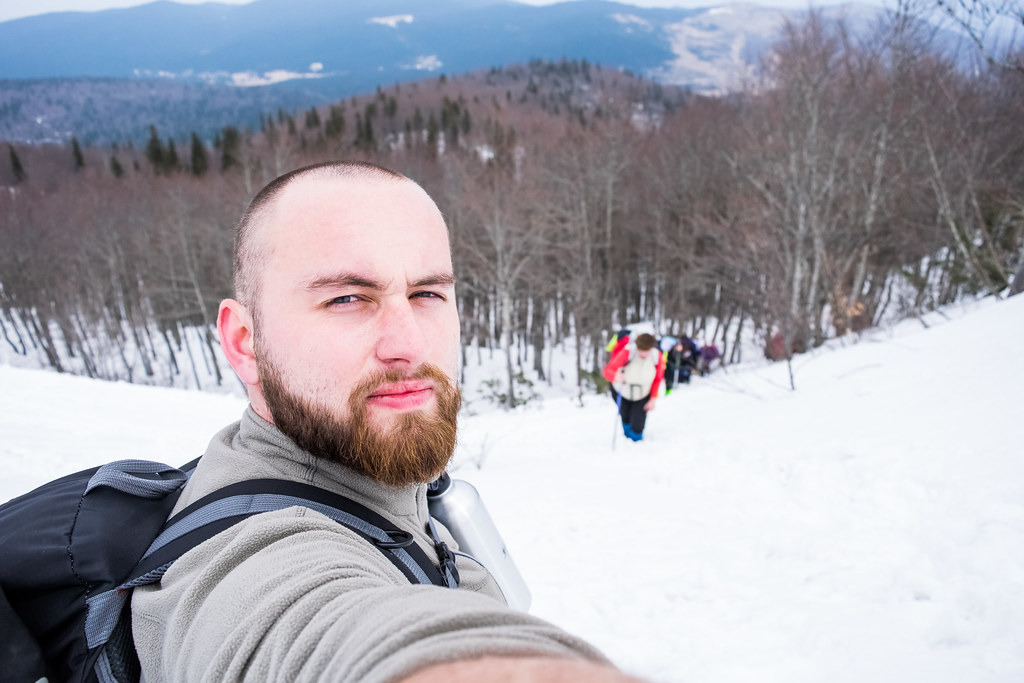 The initial mental inertia eventually began to wear off and the constant uphill hike with no level segments to rest became weary. Breathing accelerated, body heat increased, mouths dried, sweat made a grand appearance and I started realizing this was not gonna be an easy trip. We weren’t even half way up.

We did stop for a couple break every several kilometers, but the constant uphill climb made it seem a lot longer than it actually was, even though we would only climb a total of 750 meters. To skip all the walking through the forest, I’ll just get to the part where we got to the small mountain camping, little more than a shipping container with a makeshift roof. What really grabbed my attention, however, is the grand view that opened up in front of me. I instinctively reached for the camera hanging on my belt holster, but at the same moment I realized there was just no way to catch the magnificence and grandeur of it. The peak of the mountain is accompanied by a giant crater of black cliffs and snow, at least 300 meters in width and height – hard to imagine, but huge. And on the top sat the orange building, used as a radio relay of sorts for the EU. 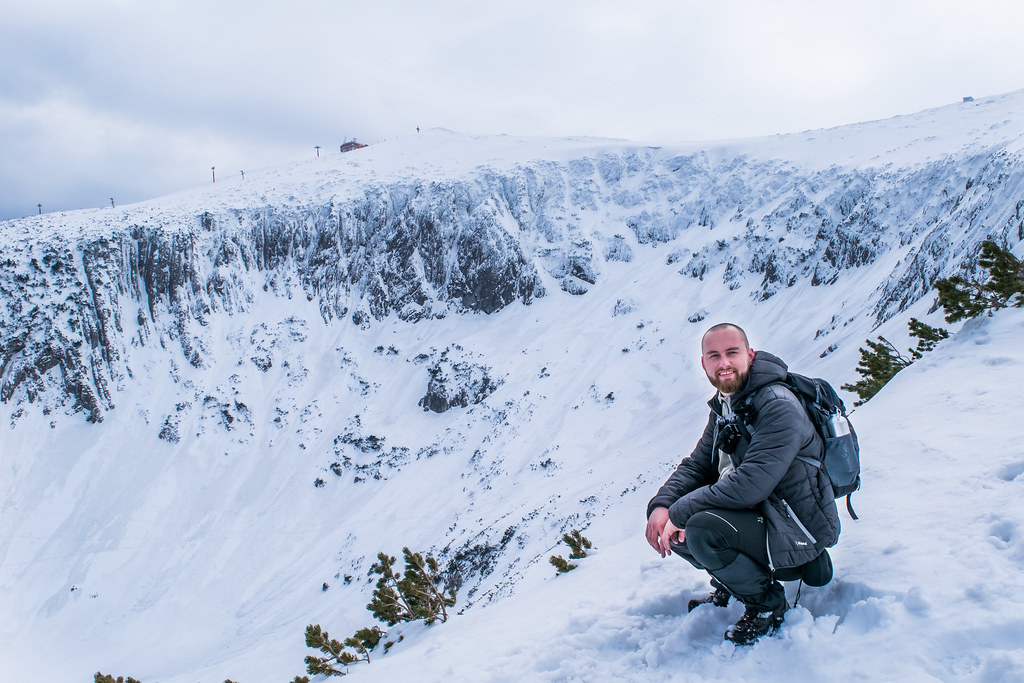 After the slightly longer break and a small lunch, 13 of us set off along the right side of the crater, while the others decided to go back the easy way. The terrain shifted again as the forest slowly faded into light shrubs, sharp rocks started appearing on every side, and the snow gained even more depth. The climb became steeper, the air colder, and the wind picked up speed. As I was later told, this was actually a good day, so I can imagine what kind of conditions to expect on an average one.

We slowly made our way up, rather uneventfully, unfortunate to say.. or is it? The smaller team were experienced mountaineers, all except me having hiked this peak at least several times, but I did enjoy the atmosphere and view every step of the way. And the challenge. While it wasn’t exceptionally demanding, for it was the longest and most exhausting so far, with new experiences and things to learn along the way.

Nearer the top we stopped by the memorial to Dragi Novakovic, a would have been colleague, an established tour guide and mountaineer,  who perished recently in accident. Too many sad stories as such keep us all aware of the fact of just how careful and attentive you have to be on every segment of every hike, regardless how easy it seems or how well you think you know it. 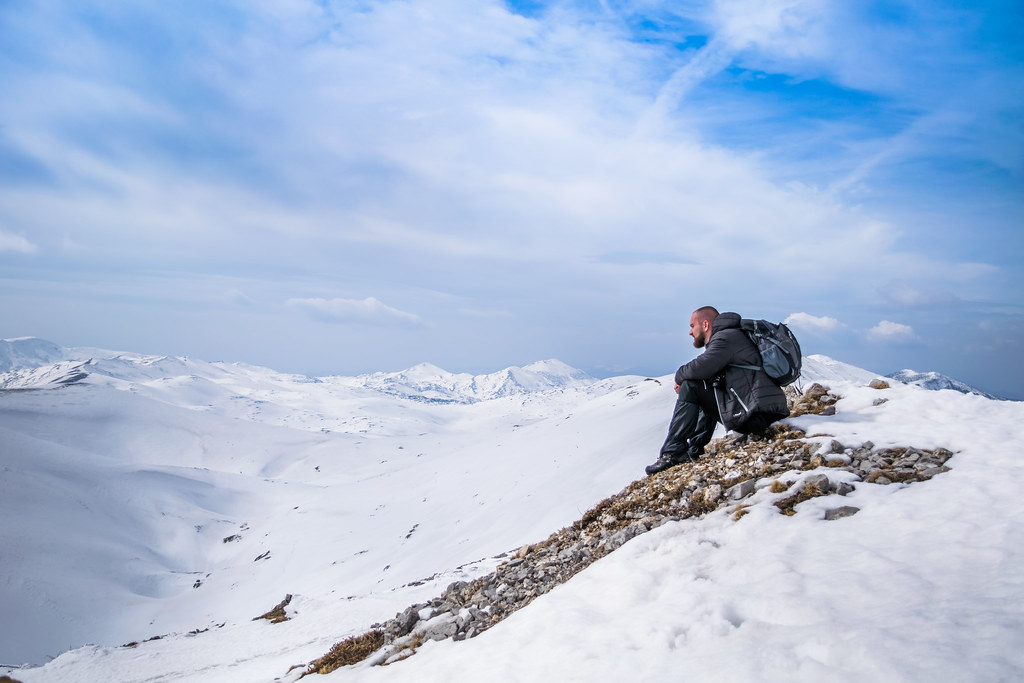 The rolling mountains on the far side.

Getting to the peak was a matter of walking along the ridge. The view of the opposite side of the mountain was just as breath taking as the first. Rolling hills of pure white snow, creating strange but beautiful shadows with the setting sun. Just a few pictures of the crew at the top, and down we went. I realized that climbing down the mountain in the snow is quite a bit easier than when there is none. The snow slows your movement, and allows you to put some of your weight on it, which helps you relax as you take leap-sized steps towards the valley.

Another unforgettable experience behind my belt, and one step closer to becoming a mountain expert. 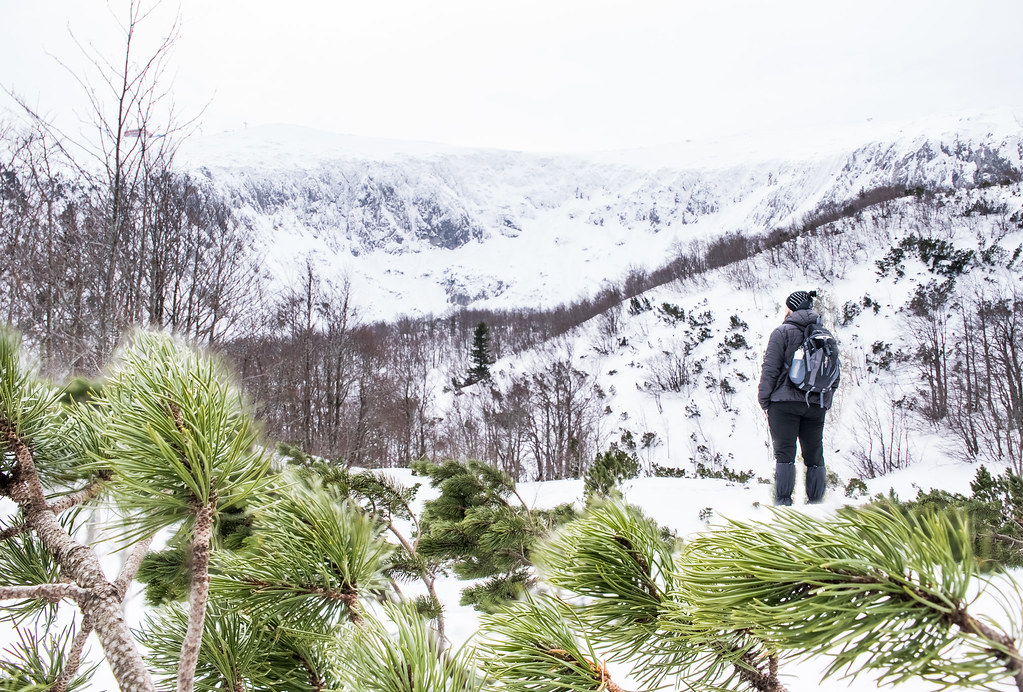 Standing at the foot of the crater.

The beautiful rolling hills on the other side.